Customer comments direct from our customers

“Have only good things to say about Engine Carbon Solutions and their products. I do carbon cleaning and DPF cleaning mobile and my customers love what I do and instantly know the difference in their vehicles. Have had a good start the last 4 years and get a lot of help and advice from the Andrew and John. Will be sticking with these guys for good”

“doing carbon cleaning with another companies machine and it was a joke. Nothing but problems and after 6 months the machine broke down the price for repair was ridiculous. So looked around and found ECS. Spoke to them and instantly realised they new what they were doing. Got a machine from them and what a difference. Great machine and great company to deal with highly recommended”

” We have been doing engine carbon cleaning for a while It’s been amazing. Our customers notice a big difference and are happy to get this done regularly. To add to this we are now doing DPF cleaning and it is also incredible. We did try this before but weren’t that successful but now we use ECS Ultimate DPF fluid and the difference is fantastic. Every car gets fixed first time everytime”

” Offering DPF cleaning for years now and to be honest we were ready to stop offering it. The constant hit and miss with some vehicles and the annual price increase with the fluid as it comes from the EU was just about enough. I gave the ECS Ultimate DPF fluid a try and to be honest I’ve never seen anything work as good as this. Very pleased ”

“jut had to give a customer comments as I can’t believe the difference after the carbon clean was done. Just failed the MOT on emissions and had the engine carbon clean and what a different vehicle, not only passed the emissions but the power is back. I didn’t believe it would do that but there you go will be back again”

” been reading about this engine carbon cleaning but thought it was nonsense. A few of my friends had their cars done and told me to give it a try. So I did and I must say the car is much more responsive and feels like it’s much smoother and quieter. Worth every penny and decent honest people”

“Been in the motor trade for 20 years and have my own garage. Never heard anything like this before so decided to get my own car done. I have a Ford Focus RS which is modified so got one of their dealers to come and do the car for me. Drove it and to my surprise it has transformed it. So much so I decided to get a carbon cleaning machine from ECS to use on my customers cars.  I love it and my customers love it what more can I say. I met the guy’s from ECS when I got my machine and proper old school people really great to chat to and know their stuff. So I thought I’d leave my view in their customer comments”

” Had lots of issues with my car due to my short commute to work. Been in to the garage lots of time and the main dealer several times. Was told to sell the car and get a petrol one. But I love my little car. Got ECS to look at my car and they did the engine carbon clean. The sounds better and drives better now and after nearly 2 years now with no issues. I get them to come and do the carbon clean every 4 months due to the type of use the car gets and no more time off work to get the car fixed. I now get a regular clean done and good discount too so it’s well worth it”

“Our generator is a large containerised engine which is used for powering our plant. We had issues locally with smoke levels and finally had a visit from the authorities to close it down. The engine isn’t that old and replacing it would cost ten’s of thousands of pounds. We had a carbon clean done first and this sorted the issue. But no we got ECS to fit one of their hydrogen kits to sort this for good. What a difference the first time someone can back to test the emissions they left saying their equipment was faulty as they had no readings. Simply unbelievable ”

“I felt our truck wasn’t pulling as well as it did and the main dealer suggested it could be several things, all of which were expensive. So I decided to give this a shot. Didn’t really expect much but worth a try. How wrong I was. Don’t remember this truck ever being so good. It pulls like a train, no smoke from the exhaust under load up hills and pulls well. Still find it hard to believe as it seemed a simple process. Well done ”

“Bought a second-hand machine from a guy and run into a problem with it. Contacted ECS and they were happy to help. Drove up with the machine and John sorted it out for me plus I got a great deal on a new machine. Designing and making the machines you can tell they really know their stuff just by talking to them. Great products and great backup happy for you to use this in your customer comments section ”

“Had issues with my van going in to limp mode. Garage thought it was the EGR valve and replaced it. Still the same. Then replaced the Turbo and again still the same. Got ECS to do the carbon clean and wow. The van is great and touch wood not been into limp mode since. Good job and cheap”

” my car had the dreaded DPF light come on. Went to the garage and they said it would be thousands of pounds to replace it. A friend put me in touch with ECS and they got it in straight away. They even gave me a lift home some 18 miles away. Got the car back the following day and for just £180 it was fixed. I’ve had it over 16 months now and no issues. I even go back for their engine clean service and I’ve had no more issues since. Superb job and the car is running great. Highly recommended” 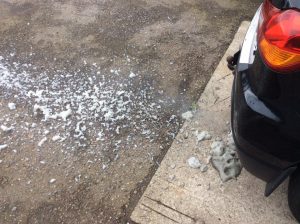 Just a selection of our customer comments for you to read.